For the last four or five years I have been Taekwondo sparring with my Sensei.  This is where I get to use the kicks and punches I’ve learned and the combinations.  We don’t elbow or knee as in the UFC or MMA – I’ll save those when I get attacked for real if that ever happens. I wear gloves, shin guards, a mouthpiece, helmet, groin protector and a chest protector.  He doesn’t want injuries for either one of us. 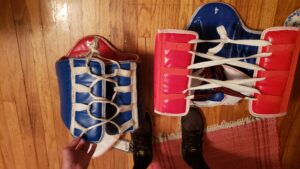 Old chest protector is on left. New one is on right

During sparring lately in July and August my chest and stomach have been hurting more than usual.  I’ve been afraid to get kicked or punched there.  One day before we sparred I was putting on my chest protector and noticed something.  The sides and the lower area of the protector were thick as they used to be, but the chest area was very different.  It was thin as a piece of cardboard and very limp.

Now I realized why my chest was hurting – the foam protection disintegrated from five years of punches and kicks.  It happened so gradually that I never realized it until now.

I have a new one now and my chest and stomach is better now since it has the proper protection. 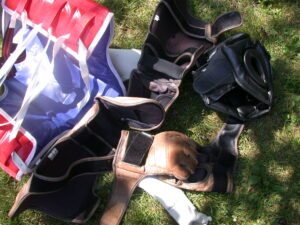 I’ll check the protector more often in the future so I can so I can stay protected. 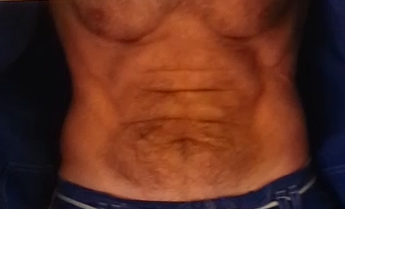 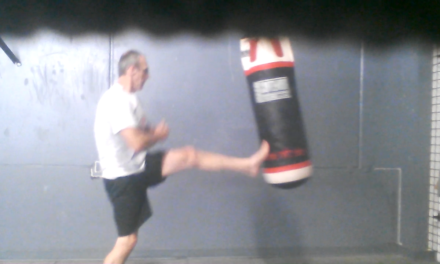 Punching and kicking a heavy bag for fitness 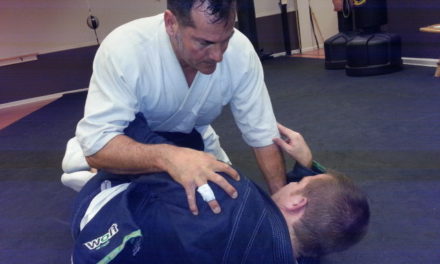