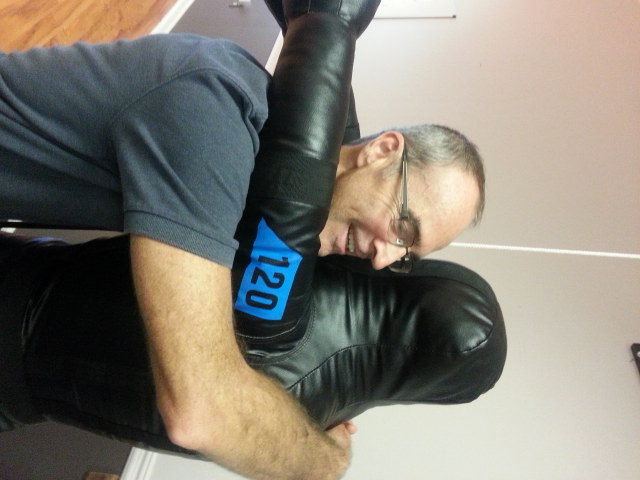 I’ve always been fascinated with Martial Arts and in 2015 I began Taekwondo classes at Basches Martial Arts in Fort Wayne.  Taekwondo is a martial art which uses punches and kicks to defend yourself. It’s helped my strength, stamina and flexibility – if I ever have to defend myself against one or more attackers, it will be easy.

Sensei Basche likes to show us other martial arts so we are more versatile and ready for any combat situation. One of them is Jiu-Jitsu.  It’s ground-based and not standing on your feet like Taekwondo. You and your opponent are close together on your backs or hands and knees hovering over one another.   To submit your opponent you use chokes and joint-locks like arm-bars.  It’s similar to high school or college wrestling and if you watch MMA or UFC fighting, you will see Jiu-Jitsu when they are on top of each other on the mat.  Knowing Jiu-Jitsu could help save your life if you’re ever assaulted and smothered by someone on the ground.

At first, I disliked Jiu-Jitsu because it was uncomfortable being so close to people in clinches.  It’s so different than stand-up where you have some distance between you and your opponent.  Now, I enjoy it and it’s helped to build up my neck, shoulders and abs.  It’s a full body workout and I burn a lot of energy during it.  I am lucky to be able to train two days a week with Sensei where we rep out our moves, flow-roll and live-roll for three and five minute rounds.

If you get a chance to do Jiu-Jitsu I highly recommend it -it’s a great workout and it may save your life. 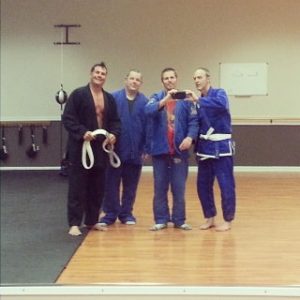 Add this to your exercise routine to toughen your body. Fort Wayne Fitness Blog 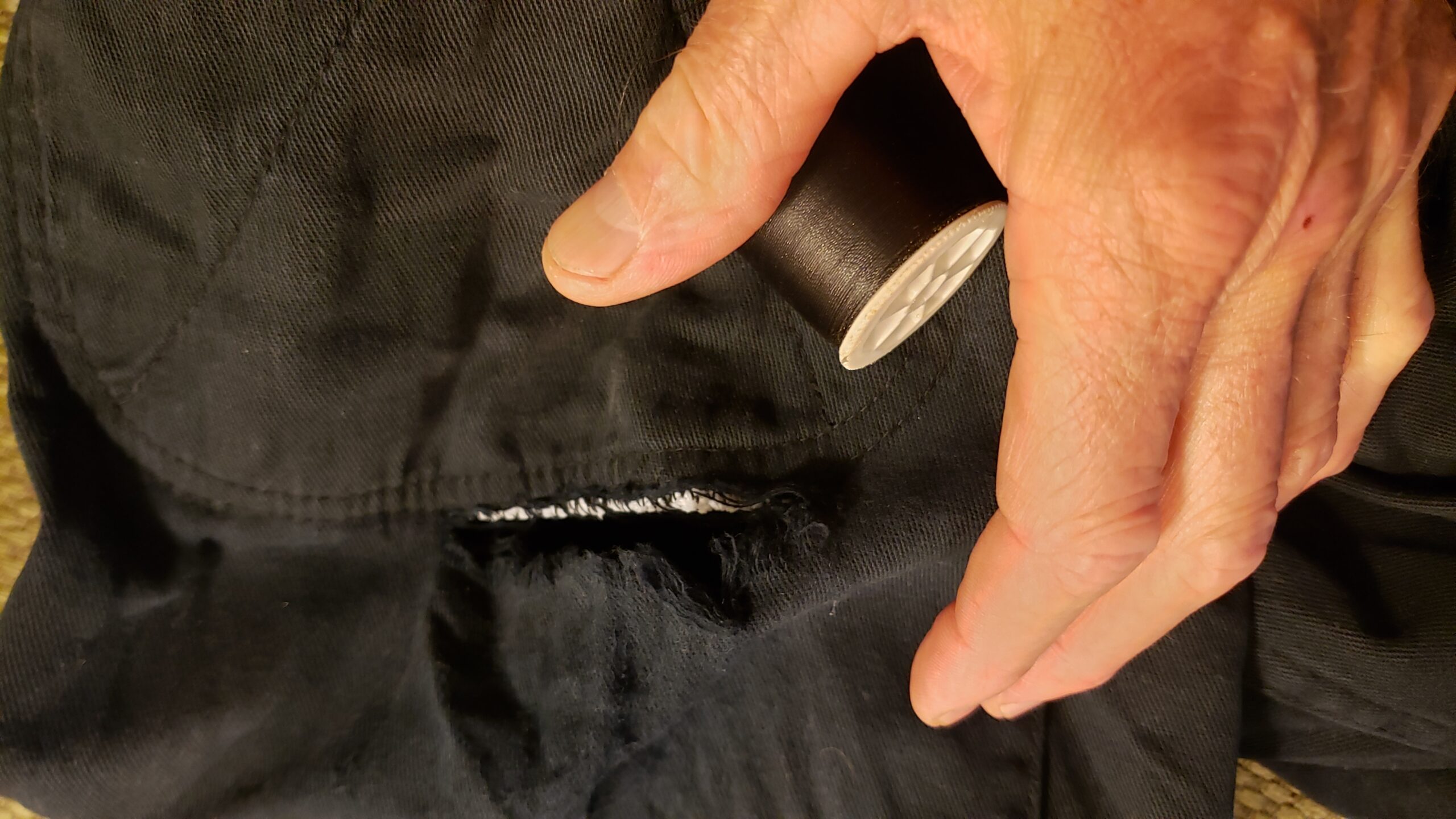 Mending my jujitsu pants is like working on an old car. 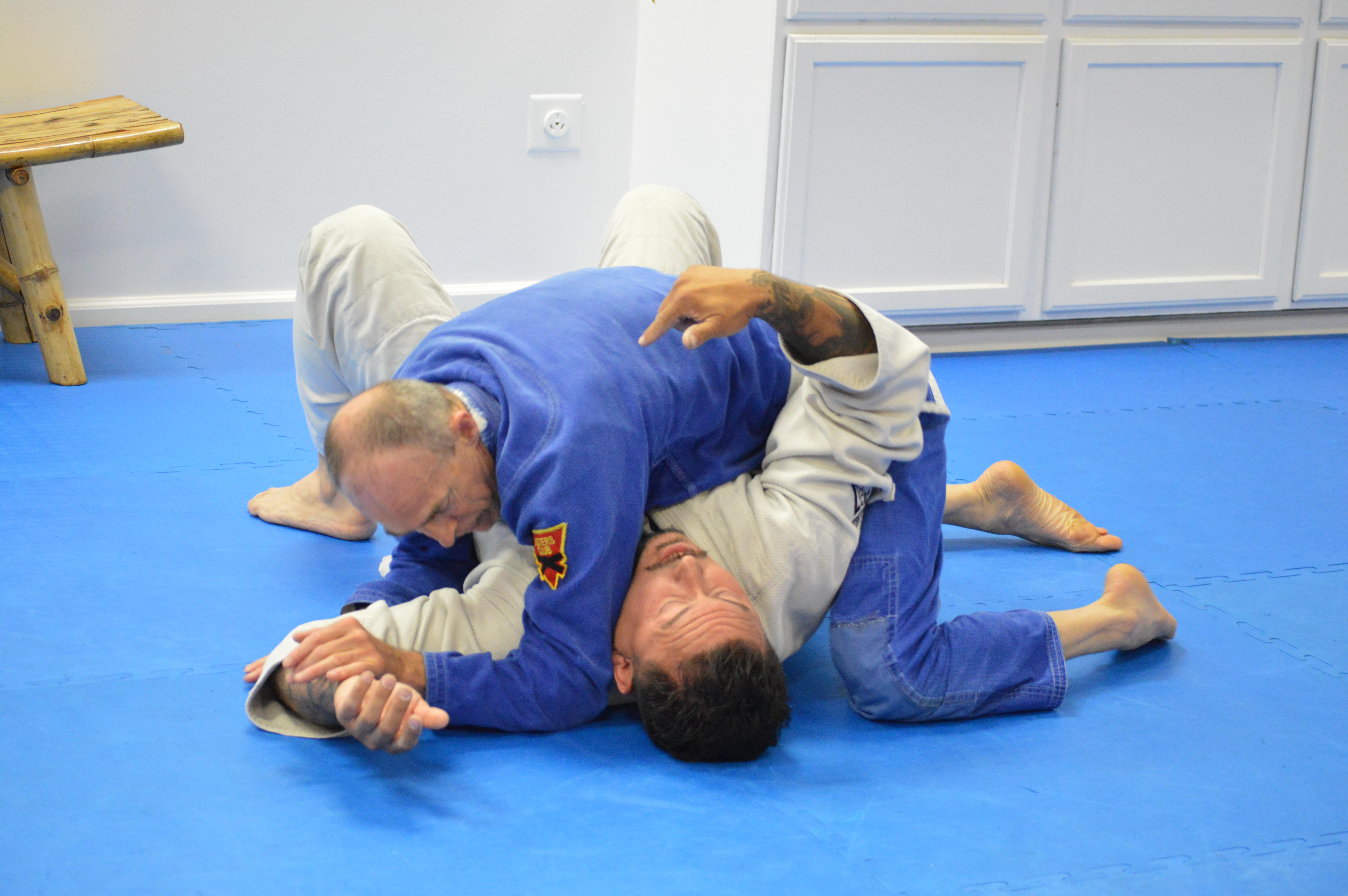 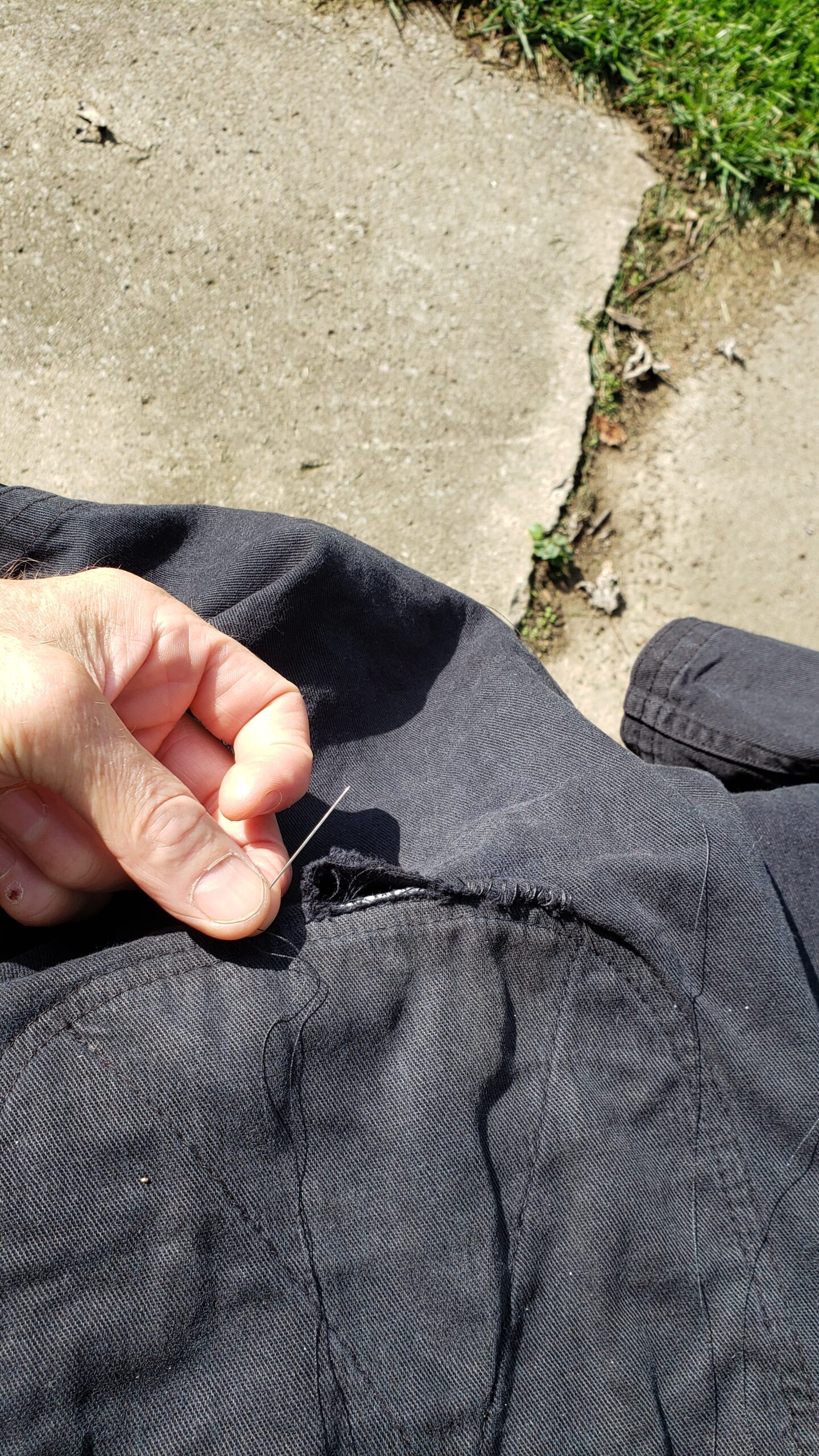