Calling all men: Group Blast is for you, too. Fort Wayne Fitness Blog

I am a very active member at Spiece Fitness in Fort Wayne. I love the free weight area and Sports Performance areas and spend a lot of time there. Another dimension of my fitness plan is group classes.  My favorite one is a hidden gem called Group Blast. It seems to get overshadowed by Group Spin classes. Blast is one of the tougher classes offered at Spiece and rated advanced. I feel it’s because of the cardiovascular and lower-body demands. Don’t be intimidated by Blast because you progress at your pace and comfort-level. It has many benefits and the largest one for me is cardio endurance. 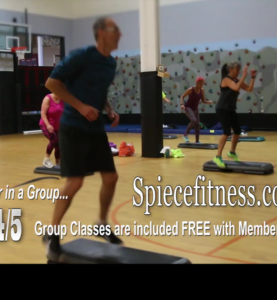 Me at a Wednesday morning Blast Class in 2018

It’s offered four times per week – Monday 515AM, Wednesday 915AM, Thursday 530PM, and Saturday 800AM. The instructors, Becky, Kasi,and Hannah make the class fun and interesting with high-energy music, instructions and encouragement.  The blast classes I have attended for 2 and a half years are predominantly made up of women.  I don’t know about Mondays or Thursdays but on Wednesdays I am the lone man in class.  Saturdays it’s me and maybe one to three other men and twenty to thirty women. I don’t know the exact statistics but that’s my guess. 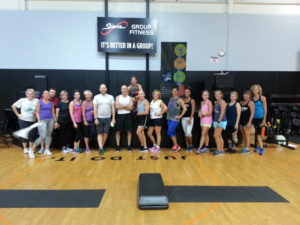 After Group Blast one Saturday. We’re all a sweaty mess.

I want to stress this is a co-ed class and gentleman – don’t be afraid of Group Blast. It’s really helped my Taekwondo and Jiu-jitsu endurance and it can help whatever sport you do. If you don’t play sports, it’s still a fantastic class at Spiece. It’s helped me lean up, get six-pack abs, give me balance and stamina. We have excellent instructors for Blast as well. Hannah, Kasi, and Becky spend a lot of time learning the routines and they lead by example for every class. I have fun with the music and group dynamics.

The original reason I started taking Group Blast in August 2015 was to improve my endurance for Taekwondo tournaments. I started talking to Andy D at Spiece about his group workouts and he said Blast was the class for me. I started taking the class after thinking about it for months and knew it was going to be challenging to do the routines but I just stayed at it every week.  I encourage you to start the class in the back as I did so you can follow along with your classmates. As I improved over several months, I started moving towards the front of the class so I wouldn’t run into the women and knock them down. I am now in the very front of the class with lots of room to move.

So come on guys start taking Blast and see what happens to your body. Don’t stop after a few classes because “I can’t do the routines” or “It’s too hard”.  Stick it out for at least six months of weekly or two classes a week and let me know how it goes. If I can do it, you can too! Can we move the Spiece Fitness heavy bags back where they were? Fort Wayne Fitness Blog 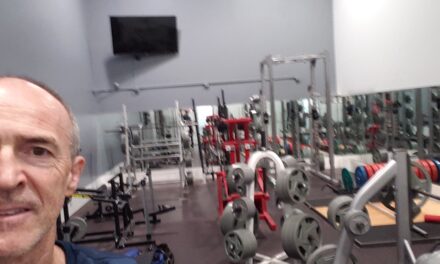 Two is better than one. Shane Grantham Fitness blog